Girls are empowering with e-Education

Girls are empowering with e-Education

“Give me an educated mother, I shall promise you the birth of a civilized, educated nation” Napoleon Bonaparte. The prosperity of any country specifically lies in the education of its population. It is stated that education is the backbone of a nation. However, like many other developing countries, in Bangladesh, the majority of the female population lag behind due to the inadequate scope of learning opportunities.

The good news is that the government has initiated free education for rural female students up to H.S.C. In this matter, many Non-Government Organizations (NGOs) and urban students can play a role to urge those unprivileged girls to educate themselves. Among many such initiatives, the mention of the e-Education Project, Japan, in collaboration with BacBon Limited, Bangladesh, can be mentioned.

e-Education Project started in 2010; & every year they are conducting
this project for University Admission Test Preparation. Since the beginning of COVID-19 Online Tutoring, English Learning Project, Local English Correction Service also has initiated. They are working to eradicate the darkness of illiteracy; & female students have always been their targeted students to ensure equality in society. e-Education Japan is making a significant contribution to this process of increasing the rate of female education.

In 2013, Tanzina Akter was completing her HSC from Matlab Degree College & taking preparation for the university admission test. One day a few representatives from e-Education visited her college for a survey and campaign on e-Education Admission Test Preparation. On that very day, Tanzina & some of her friends decided to go to the e-Education for more details. She was so happy to hear about their plans & service.

She & her friends enrolled themselves in the course offered by e-Education for the university admission preparation test. Why did they choose e-Education? Upon asking this question, she replied, e-Education was covering almost every aspect of learning and also it was near my hometown. Moreover they ensured quality learning almost free of cost.

Usually, admission test coaching charges a lot & not everyone can afford it. So e-Education Admission Test Preparation course was the only savior for those who couldn’t afford other options. Without this, her dream of taking higher studies & being self-reliant wouldn’t have been possible. After the completion of the course, she got chance to pursue higher studies in Square College of Nursing under Dhaka University.

Now, she is serving patients in Bangabandhu Sheikh Mujib Medical University as a Senior Staff Nurse. According to Tanzina, e-Education has changed her life, without their help she wouldn’t be here.

Since 2012, 320 female students were able to take part in the admission test preparation almost free of cost. Earlier years only few female students joined this project, after having increasing number of successful cases in Chandpur nowadays more than 50% of the students joining the program are female.

Currently, more than 200 female students have enrolled and graduated from public universities by receiving a chance to pursue higher studies between 2012-2019. e-Education Japan’s goal is to ensure that one day each & every woman in the developing countries will become independent.

The education system in our country is very limited than the required, and so the opportunities for female students are more limited. e-Education, Japan is playing a great role to fulfil the dreams of many Tanzinas. They are conducting many educational projects in Bangladesh with the coordination of BacBon Limited.

We hope that this noble project will continue to play an influential role in shaping the female education sector of Bangladesh and leave a positive impact on our female students, making them more empowered and self-reliant with the light of education. BacBon School is an initiative of BacBon family. Since September 2016, BacBon Ltd. has been providing online education services to Japanese High School Students. Currently, more than 130 tutors from BacBon are serving above 30,000 Japanese students from 230 high schools.

BacBon School app brings everything a student needs for taking preparation for every public examination such as JSC, SSC, HSC, and even Admission Tests! The top-notch video content is developed by the best of the best teachers in Bangladesh. It does not end here, BacBon School also brings model tests, a huge list of MCQ contents with an explanation as well as government job preparation quizzes. The app provides the opportunity of testing yourself after every video and provides a descriptive file about the video content so it becomes easier to learn. Dive into our pool of educative resources now and make your life easier. 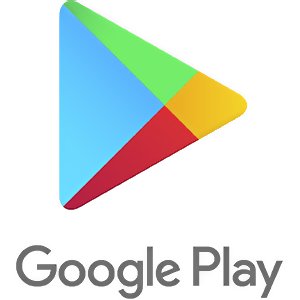